Showing posts from May, 2012
Show all

An Open Letter: To My Future Husband

May 29, 2012
Dear Future Husband, First and foremost: I hope you exist. I hope I am not writing this to nobody, because then this whole endeavour will have been a waste of my time. But I'll be honest with you Future Hubby, and I'm sure you already know this, I waste a lot of time anyway so perhaps I've rendered my previous point moot. Future Husband, I'm sure you are a pretty top notch person. I bet you're funny and more intelligent than I am. I bet you're one of these smart people who knows a lot about math and science-y things, and I'm sure I originally found your extensive knowledge of astro-physics charming at first, but it's probably a little bit boring now. So even though you're still really cute, maybe you could just not talk about it as much around company and my mom. I know you must love God. You're friendly and open-minded - obviously, or else I wouldn't have married you. I hope you have a really great book collection that complements mine
Post a Comment
Read more 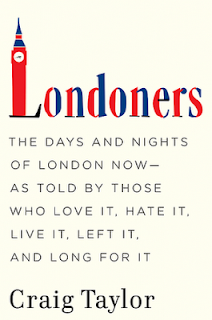 My friend Jill is currently studying at the London School of Economics, and consequently lives in the heart of London. While she was home about a month ago, I subjected her to a long, self-indulgent monologue where I waxed poetic about how much I simultaneously love and miss London and how I want to live there and see plays and go to museums and eat at Pret-a-Manger. After she graciously listened to my boring whinging, she recommended this book, Londoners: The Days and Nights of London Now - As Told by Those Who Love It, Hate It, Live It, Left It, and Long for It by Canadian author Craig Taylor. I naturally went to Chapters immediately after we parted and nestled down with a coffee to see what this book about the greatest city on earth had to offer. I was not disappointed. Quick plot summary : I actually can't really give a plot summary for Londoners , because, well, there isn't one. This book is a collection of interviews conducted by Taylor over a series of 5-ish year
Post a Comment
Read more

Why I Am A Christian Who Believes in Gay Rights

May 11, 2012
There are plenty of reasons I shouldn't write this post, and even more for why I shouldn't publish it on my blog. But I am feeling such a level of outrage, a level of sorrow and sympathy and motivation for change that to stay silent would feel incredibly unproductive and passive. I am a big believer in the idea that we should be more informed about and focused on what's happened locally, so that we can engage in discussions that affect us immediately. I am not American, so I suppose I am being a bit of a hypocrite here. But I need to be a part of this conversation. As I'm sure everyone already knows, earlier this week North Carolina had a vote to ban same-sex marriage. The amendment passed, and shortly thereafter President Obama publicly declared his support for gay marriage. Neither of these two events provoked me to reaction, except to say "not surprising" to NC and "that's nice to see" to Obama. No, what really got my goat was when
Post a Comment
Read more About a year ago I posted a review of the book Divergent  by Veronica Roth . The second book in the trilogy, Insurgent , came out the first of this month. I just happened to be at Chapters the day after it was released, and, naturally, had to pick it up. To be honest, I had completely forgotten about the series. I had some reservations with the first book, and as such was quite blase about the release of Insurgent . But I have rarely been known to put down a book once I've picked it up, and one must finish what one starts, and so let's get crack-a-lackin' on the review, shall we? Insurgent  picks up right where Divergent  leaves off. And I mean literally exactly where it ends. Unlike each of the Harry Potter books, as well as many, many other series which give you a sort of gloss over what's happened previously so you have a hope of following along, Roth dives into the deep end without even testing the waters. It's been over a year since I've read Diverge
3 comments
Read more 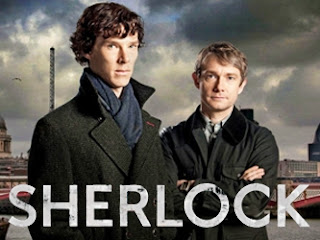 I watch a lot of TV. I tweeted the other day about how I think I've reached the end of cable, because I cannot think of any shows I have not yet watched, at least in part. I also rarely discriminate between "bad" and "good" TV. I watch Storage Wars  and Jeopardy  and Roseanne  and Mad Men . Recently, however, thanks to Tumblr and a friend who is particularly obsessed with England ( hi Lilly! ), I have watched the BBC show Sherlock . About 2 minutes into the first episode, I was 100% committed to the series. It's so good, dear readers, that I have to blog about it. This show cannot be left unwatched by anyone. Sherlock is, as I'm sure you've guessed, based on the now almost mythological Sherlock Holmes character brought to life by the words of Sir Arthur Conan Doyle. I also should preface this complete love letter to the show with the fact that I am not a fan of Sherlock novels; in fact, I haven't even read any. I haven't seen the Robert
1 comment
Read more
More posts