Showing posts from June, 2012
Show all

I Have Stolen Your Words; Sorry

June 27, 2012
I have recently decided that I'm going to call myself a writer. For a long time, I sort of cringed when someone asked me if I was a writer and stumbled over a way to deny the title without disrespecting the profession. I think there are two reasons I have resisted owning the word "writer" for so long: I love words so much, and I have the utmost respect and admiration for people who have made a career out of putting them on paper. I think it was Gary Shteyngart who said that a lot of people want to be writers but no one wants to be a reader. I have been very content with being a reader, a happy consumer of writers' work for a long time, and I didn't want to assume the role of peer with the people who've written the great art. On the other side, a lot of people who call themselves writers really aren't. Their work is sporadic, poorly written and has no substance. I didn't want to be associated with the "writers" who basically claim the tit
5 comments
Read more 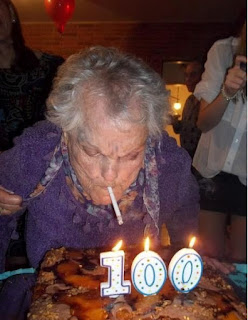 This is my 100th blog post! I thought about this day coming when I was still at a mere 75 posts and wondered how I would commemorate this occasion. You see, this is the longest period of time I have ever written continuously in any sort of journal or blog. I knew that if I made it to 100 posts, it would be a (sort of) big deal. And now here we are! Almost two years after I started, I have posted 99 blogs about books, movies, lists of things I want to accomplish, and stories about every day life. I was reading through some of my old posts, changing the tags and doing some editing of spelling mistakes and grammatical disagreements, and there's definitely a progression in my writing. I've moved from "blogging" to writing "expository essays." There are some entries I'm really proud of (namely my review of Harry Potter and the Deathly Hallows: Part 2 , thoughts on friendship , the importance of what comes out of your mouth , and an  explanation of why I
2 comments
Read more 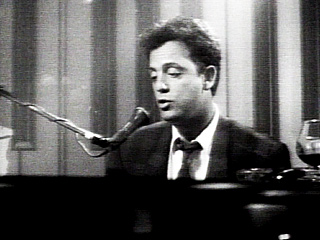 When I was in elementary and junior high school, we didn't have good cable. We had the cable that skipped from channel 24 to 52, and no matter how much I sobbed and begged Dad to upgrade so we could get Much Music, I would be well into my mid-teens before my cries were answered. Without channel 33, I was unable to watch shows like S Club Seven and 2Ge+her , let alone the Much Music Countdown. Even after hours of sitting and slowly, agonizingly twisting the TV in the hopes of getting even a glimpse of pre- While You Were Out  Evan Farmer through the snowy screen, I was left settling for the second-rate Much More Music. MMM played mostly videos from the late '70s and '80s, obscure Canadian indie music (before indie was a thing), Rock and Roll Jeopardy , and, if you watched for at least 12 hours in a row, one or two songs that were currently on the radio. "Son, can you play me a memory?" Much More Music was pretty awful for a pre-teen like myself who, even at
1 comment
Read more
More posts